As Amador County’s oldest community, and the place in which gold was first discovered, about 200 people today call Drytown home. On the barely quarter-mile stretch of Highway 49 where Drytown sits, there is one saloon (as opposed to the 26 that inhabited it during the Gold Rush days), a family run diner and motor lodge nestled on the creek, general store, and antique shop. A handful of homes are set back in the steep hills and curvy country roads surrounding the town.

Although Drytown is home to fewer than 200 people today, at its peak as a mining town it boasted a population of 10,000. The fire of 1857 was the end of Drytown as a mining town. The gold was already showing signs of being played out and when the fire destroyed most of the town, it never recovered. The buildings were not rebuilt as most packed up their belongings and headed for richer diggings. 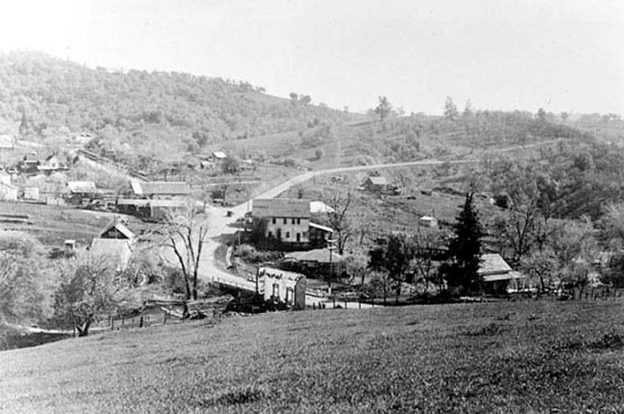 Mining for gold began here in the spring of 1848 when Mexican, Native, and American miners searched for gold in the rich gravels along Dry Creek.  The town which grew up around the creek was called Drytown and it is the oldest town in Amador County.  Although the creek may have run dry during the summer months, legend has it the town never did, as an old story claims some twenty-six saloons wet the miners’ whiskers during the early 1850s.

Bayard Taylor walked into town on November 15th of 1849, finding a population of between two and three hundred miners established for the winter.  Some twenty-five to thirty cabins and tents were spread out along the creek, which was crossed by walking over a fallen tree.  Taylor wrote:  “The village was laid out with some regularity and had taverns, stores, butcher shops, and monte tables.  The digging was going on briskly and averaged a good return."

By 1852 the town was quite well established, as an entry in Doble’s diary reported there being some two hundred houses in the camp.  A post office was established on January 21st, with Charles Crane the first postmaster.  A stamp mill was also built that year, with a school soon following, as well as a small Catholic Church located on a hill above town.  The camp reached its peak around 1856, with the discovery of quartz gold deposits helping to increase the town’s good times.  By 1857 there were four mills with a total of fifty-two stamps, and three arrastres busily crushing ore. 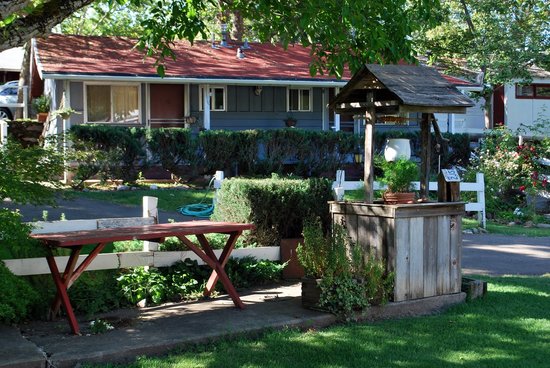 The Old Well and Drytown Fires

The Old Well located where the old hotel once stood before falling victim to fire twice during the 1850s.  The first blaze occurring in 1855 and the second in 1857.  The first fire intentionally set, burned mainly the Chicano section of town in revenge for the Rancheria Massacre of August 6, 1855, where six persons, mostly Americans including one woman, were slaughtered by a group of Mexican bandits using guns, knives, and an ax.

“The flames spread rapidly,” an eyewitness reported,  “…our citizens who rushed to the rescue were dragged away, and pistols pointed at them for trying to arrest the progress of the fire…one lady and two children came near being burned.  The whole town…was soon consumed.”  The American ruffians then supposedly torched the town’s Catholic Church.  When the violence in the region finally ended, vengeful Americans had lynched more than twenty Mexicans in retaliation for the massacre, even though many of them had nothing whatsoever to do with that event.