Situated on the western side of Amador County, Ione is nestled in the oak-studded valleys of the Gold Country. Residents and visitors to Ione enjoy the gentle climate, pastoral setting of farm and grazing land, and the family oriented atmosphere of this small town. Golf enthusiasts from around the region recreate at Castle Oaks golf course, just a couple miles from Ione’s historic Main Street.

Dave Brubeck, the famous jazz pianist, was raised in Ione. Situated in the fertile Ione Valley, which is believed to be named after one of the heroines in the drama The Last Days of Pompeii, Ione went by the unflattering names of “Bed-Bug” and “Freeze Out” during the California Gold Rush. 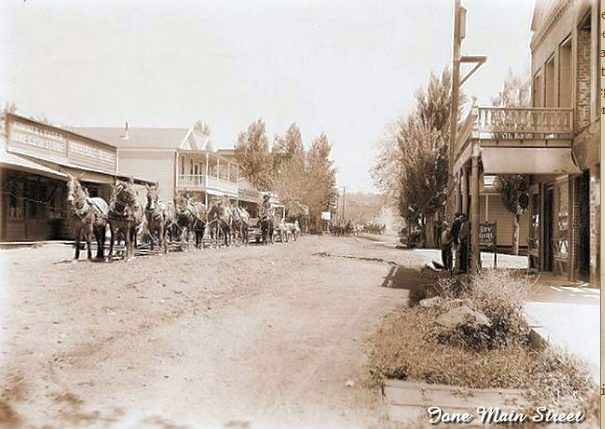 Ione is located in the Ione Valley.  The valley was named Ione before a town was started here, by Thomas Brown, who was a great reader.  He was reading a historical romance of Bulwer, entitled “The Last Days of Pompeii”, one of whose heroines was a very beautiful young girl named Ione.  By one of those happy thoughts, it occurred to him that Ione was the most appropriate name for this valley.

The city was first named "Bedbug", then "Freezeout".  Finally, a meeting was called to decide on a real name; a few were in favor of "Wooster", but the majority were in favor of naming it after the valley, so it was christened Ione City.  Unlike other communities in Amador County, which were founded on gold mining, Ione was a supply center, stage and rail stop, and agricultural hub.

After the completion of the Methodist Church being built in 1862, a celebration was held the same day.  A circus, among other events, and fireworks concluded the day's events.  This being the beginning of the centennial celebration which also celebrated the completion of the railroad to the town of Ione.  The centennial celebration was the beginning of what is now known as the Ione Homecoming. (now held the first weekend in May every year) 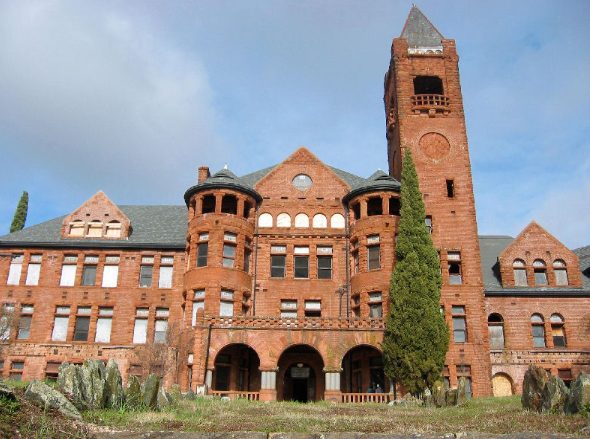 In 1890, 230 acres of land was purchased for the building of Preston Castle.  The property was purchased from the Ione Coal & Iron Company for about $30 per acre with 100 acres donated.  The land was purchased to house the Preston School of Industry, established by the State Legislature as a progressive action toward rehabilitating juvenile offenders.

The Preston School of Industry remained open until 1960 when new facilities for the school were completed.  The building remained vacant and fading into disrepair until September 10, 2001, when the Preston Castle Foundation received a fifty-year lease for the property.  The Preston Castle has also been named a California State Historical Landmark.

Previous to 1876, Ione was connected with the outside world with only the poorest kinds of wagon roads.  Many persons had advocated and others had opposed a railroad.  Those who favored it pointed to the fact that, with few exceptions, cheap transportation aided to build up a country; that, though a few local interests suffered, a railroad made markets and also made more things marketable.

The discovery of extensive beds of lignite, which made a very good substitute for coal, turned attention to the valley.

Students from Jackson and Sutter Creek also utilized the railway to go back and forth to school at the Ione Academy, then being the only high school in Amador County.

Old No. 7 was the last steam locomotive to operate over the Amador Central Railroad between Ione and Martell.  The twelve-mile-long railroad lies entirely within Amador County and is one of the shortest railroads in this country.  Iron Ivan is a fine example of one of the early steam locomotives produced by Baldwin Locomotive Works.

This engine was manufactured in January 1901 and was brought to the Amador Central Railroad from the McCloud River Railroad in 1937.  The last trip was made by this engine between Ione and Martell in 1956.