An incorporated city since 1917, Plymouth began as a mining camp more than 150 years ago by quartz miner Green Aden and associates. Established as a town in 1871, Plymouth boasts many mining-era structures, on and around its historic Main Street, like the Empire Store, and the Methodist Episcopal Church. Today, Plymouth has a population of just more than 1000, and sits at a seasonally perfect 1086 ft. elevation.

While the area’s quartz and gold mines have gone from an economic mainstay to a tourist attraction, Plymouth is now host to a booming wine industry, with over 20 wineries and counting.

Known as “The Gateway to the Shenandoah Valley”, Plymouth is also the home of the Amador County Fair. 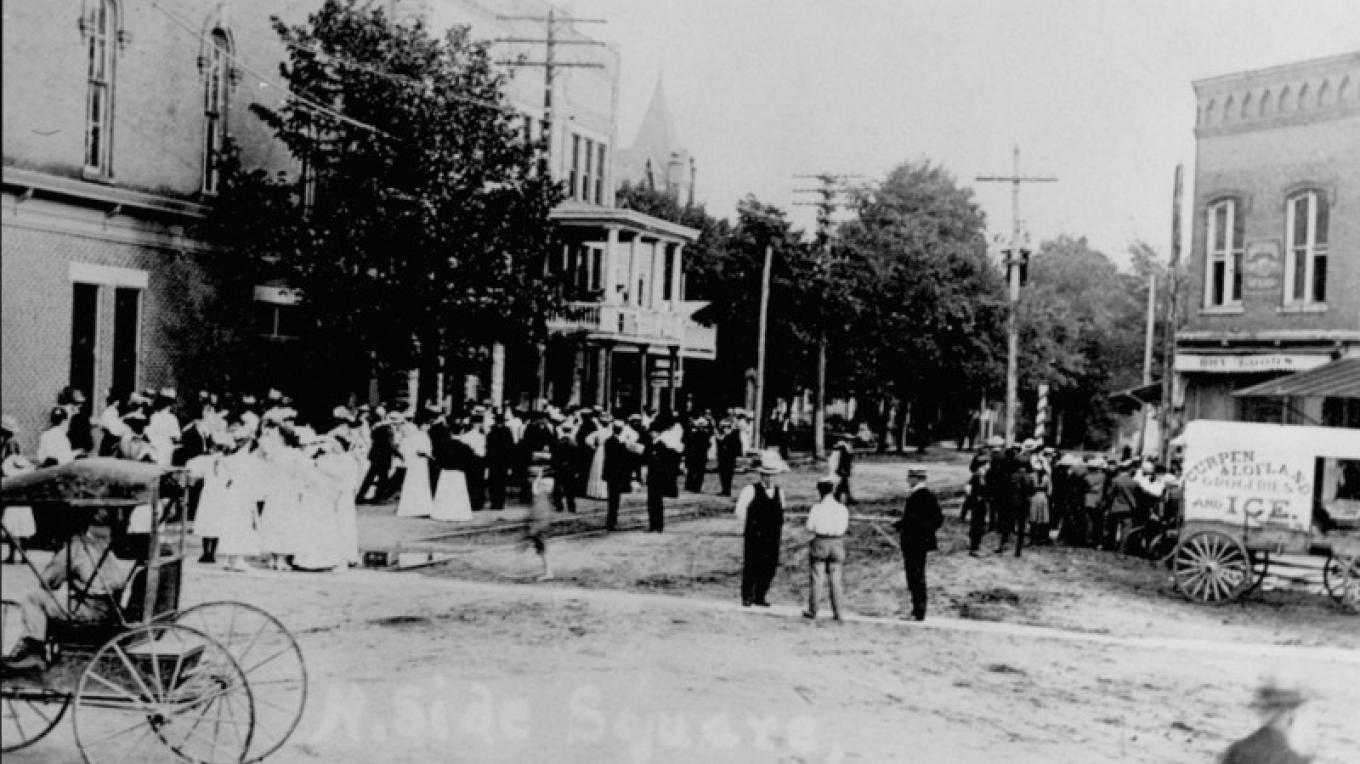 The first settlement in the area was called Pokerville, and was located about a mile or so downstream of the present town of Plymouth.  The camp was established around 1852, and as water was scarce, and the placers stingy, the camp kind of faded away as the miners drifted upstream to a new site, a site which became known as Puckerville in 1855.  This new camp proved to be more prosperous than the old, but not by much.  A number of claims, with names such as Southerland, the Aden, and the Simpson, were located about a mile east of town and as the years went by they helped the camp hold its own, neither booming nor busting, but surviving.

Nothing of much excitement occurred in Pokerville or the surrounding area until 1871 when Alvinza Hayward purchased an interest in the Aden-Simpson, or “Plymouth Mine”.  Hayward was a sharp mining man, having made a fortune in his mines in Sutter Creek and the Comstock Lode.  He must have seen something worthwhile in  Plymouth.  Mining gold takes money, and Hayward certainly had that.  He authorized the construction of a new stamp mill and began more work on the claim itself, extensive exploration, and deeper mining.  One of the results of this capital outlay was an increase in jobs.  More jobs needed more men and more men needed more places to spend their wages.  Hotels, saloons, stores, and other places where men like to spend money were quickly constructed.

Pokerville grew, expanding to take care of these needs.  And when the post office was established in September of 1871, with John J. Ekel as the postmaster, the place was known as Plymouth.  When did the name change and for what reason?  No one knows the answers to these and other questions.  The name “Plymouth” appeared perhaps for the first time in 1856.  It was applied to a quartz mill location on the north bank of Dry Creek, about a mile or so from Puckerville.

Meanwhile, Hayward kept buying up ground and claims and by 1878 the Phoenix Mine – formerly the Plymouth was producing $30,000 to $50,000 a month in gold.  They sold the Phoenix that year, including its mill and a few of its ditches, to a New York corporation for $2 million.  Renamed the Empire Mine, it was consolidated with a number of other claims in 1883, becoming the Plymouth Consolidated Mining Company, which operated until 1947.

During the 1850s, the settlements of Plymouth, and Pokerville grew up side by side on a dry flat.  Plymouth survives now as an agri-center with an emphasis on the Shenandoah Valley vineyards to the east of town.  Pokerville has vanished.  There is very little in Plymouth to remind you of the gold rush days.  The headframe and tailings from the Plymouth Consolidated mines, which produced over $13 million in gold, are still evident. 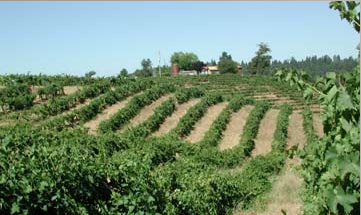 Settlers drawn by the Gold Rush recognized the Mediterranean climate of the region and planted vineyards and olive trees as they had in their native lands. Now a century and a half later, Shenandoah's wine-growing experience has affirmed that the Sierra Foothills environment, with its decomposed granite soils, and warm days relieved by cool nights, is ideal for grape varieties such as Syrah, Zinfandel, and Sauvignon Blanc.

In 1856, the Uhlinger family from Switzerland, showed true pioneer spirit as they set about establishing what was to become the oldest continuously operated winery in the state.  Even during Prohibition, the winery made limited amounts of sacramental wine and sold grapes to home winemakers, who were permitted to make small quantities of wine.  The Shenandoah Valley Museum is housed in the original winery building from 1856.

In 1976, Shirley and Leon Sobon and their six children established nearby Shenandoah Vineyards as one of the pre-eminent wineries of the area.  In 1989, they recognized the opportunity to purchase and utilize the historic winery as more than just a very old winery.  They envisioned this property as the way to tell the story of the Shenandoah Valley and the wine that has been made here for more than 150 years. With the help of friends, neighbors, and wine industry associates, they have gathered together artifacts that illustrate the rich history of this region. 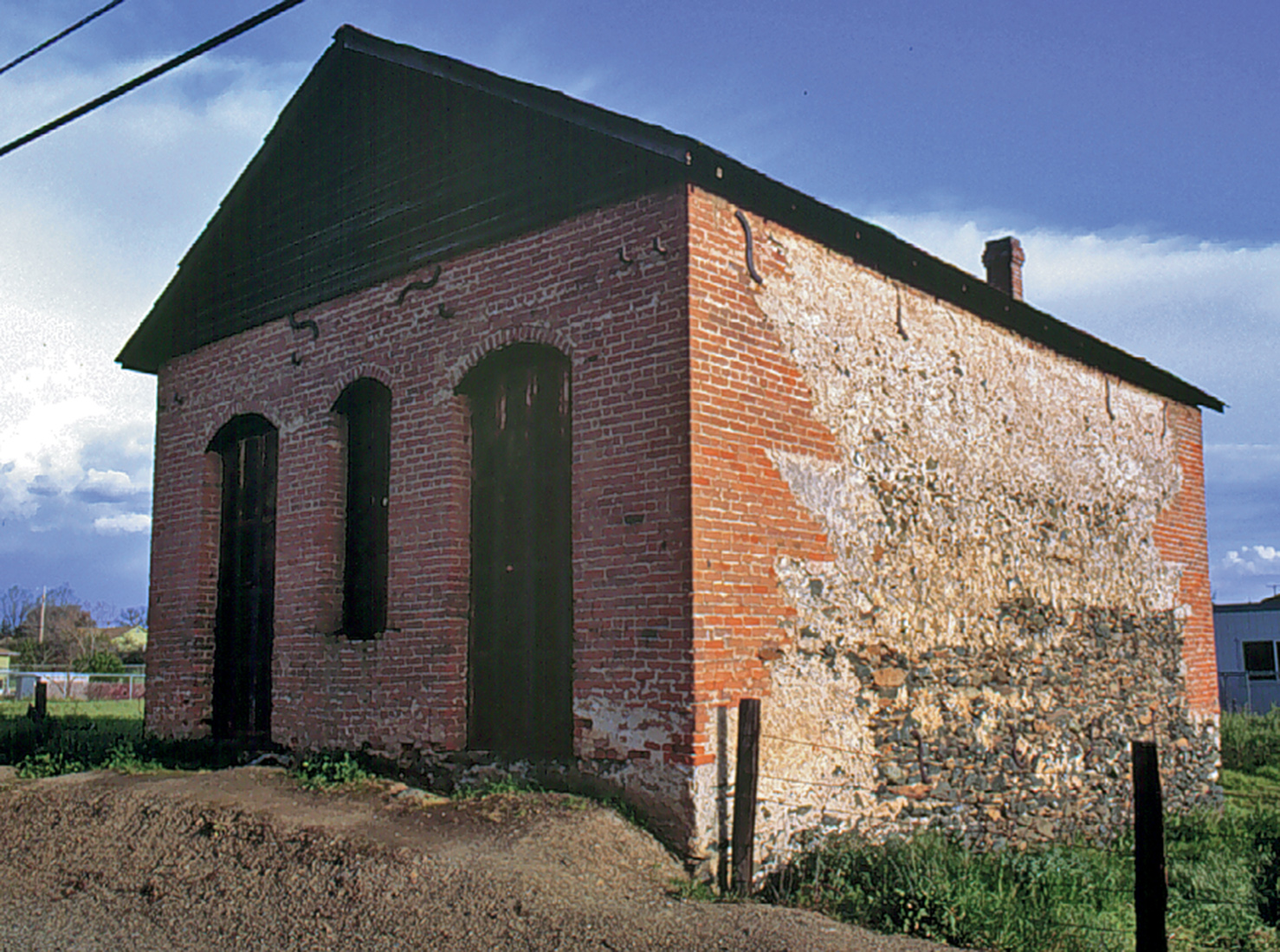 The Old China Store is the most Gold Rush-esque building remaining in town.  Build in the 1880s, it typifies the early day buildings of the Mother Lode.  Constructed of brick and native stone, the store was fitted with the Gold Country’s trademark iron doors and shutters.  A Chinese store was located here for many years, operated by Ming, the merchant.  It stands alone at the west end of Main Street, Plymouth.

As with most of the historic towns along Hwy 49, a fire destroyed a great deal of Plymouth on June 10th, 1877. It was said to be started by some children playing with matches in the rear of J. C. Williams' stable and spread over the upper part of the town reducing more than 20 buildings to ashes, with an estimated loss at fifty thousand dollars.

The town was identified with the prosperity of the mines, though there was considerable farming land in the vicinity which supplied hay and barley. The Shenandoah Valley was one of those rural areas. It had many farms and orchards. The area had a great climate for growing grapes and wineries were also established and continue to prosper today.